“Design of Outdoor Spaces for Malls in Gurugram”
by Radhika Raj

This dissertation project is based in a city called Gurugram in India. During the past two decades, Gurugram witnessed rapid growth in its commercial sector due to which several malls came up that look exactly like the malls in the west without paying heed to the environment or the local context. This project challenges the inward looking, deep plan mall structures and proposes a typology of malls that makes use of the environmental context and creates comfortable spaces for occupants with the use of courtyards and transition spaces.

The project aims at evaluating and developing analytical-based approaches to resolve the unique issue for the post-war estate, Churchill Gardens. The study started with addressing existing conditions and problems; from outdoor micro climate to indoor thermal and day-lighting. Predominant in older buildings is heat loss in winter due to lack of insulation, thermal bridge and poor window quality and infiltration. Another would be wind tunnels created by the tall buildings alongside shallow plans and narrow floor plates. The team proposed seasonal strategies to improve building performance to achieve thermal comfort in free-running condition while reducing the operational energy. Adaptive solutions for hotter summers forecasting climate change in the future. Embodied carbon emission study provided supports for the decision of preserving the existing structure. The team looked at potentials of renewable energy and technologies aiming to achieve zero carbon emission.

Parts of East London appear more like a game of monopoly than a community to live in. What if new developments honored and welcomed those within the existing community, as well as those new to it while providing a quality living environment for everyone? Wickside Frames is a proposed design for part of a new mixed-use development in Hackney Wick, near Queen Elizabeth Olympic and Victoria Parks and south of the Hertford Union Canal. The site has an industrial heritage and a lively existing artistic community, with more than 600 artist studios in the area. Our design creates a new live-work environment to meet the growth needs of the area, while creating new connected public spaces and fostering community engagement. Housing is located to the north of the site to allow for a sunny public courtyard, semi-public community spaces and private terraces. Art galleries and event space are to the south by the canal. Housing is made up of 6-unit typologies to fit the needs of the young, diverse and growing population in Tower Hamlets.

“An Altern(native) Ali”
by Shibani Choudhary

The Alis of Pune, India are exemplar of a sustainable and synergistic architecture of the past. As rapid urbanization, commercialization and influx of population threaten to disrupt this synergy, the future of the Ali is bleak. The project analyses the current situation of the Ali and proposes as alternative future focused on environmental sustainability and occupant comfort, based on the hypothesis that by designing for livability in the Ali, the synergy will be restored. And thus, an Alter[native] Ali emerges, the result of a comfort driven, methodological process, imbibed from local solutions culminating in a healthier resilient neighborhood and paving the start of an evolutionary urban regeneration of the city’s old core.

Hong Kong’s rapid population growth and land scarcity have led to an increase in urban densification. However, these solid extrusions produce repetitive and homogeneous towers that remove cities’ ability to ventilation, despite the incredible densities they achieve. This further cause rising temperature in the city and will lead to the acceleration of global warming. As Hong Kong gets hotter each year, urban inhabitants rely more and more on mechanical cooling to stay in comfort. Therefore, a new approach is needed to create more open and breathable habitats that not only benefit occupants, but also the urban environment in the future. 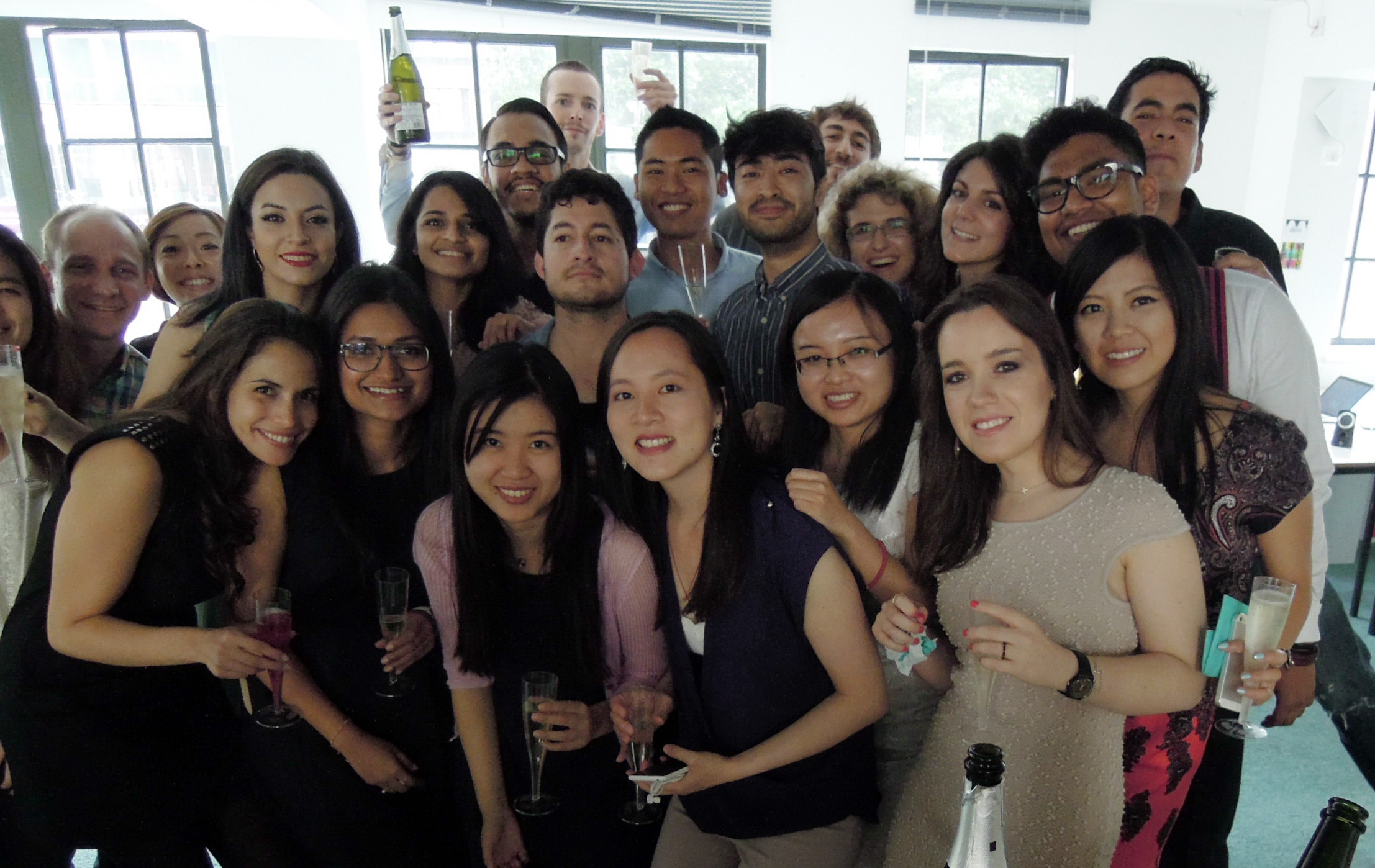 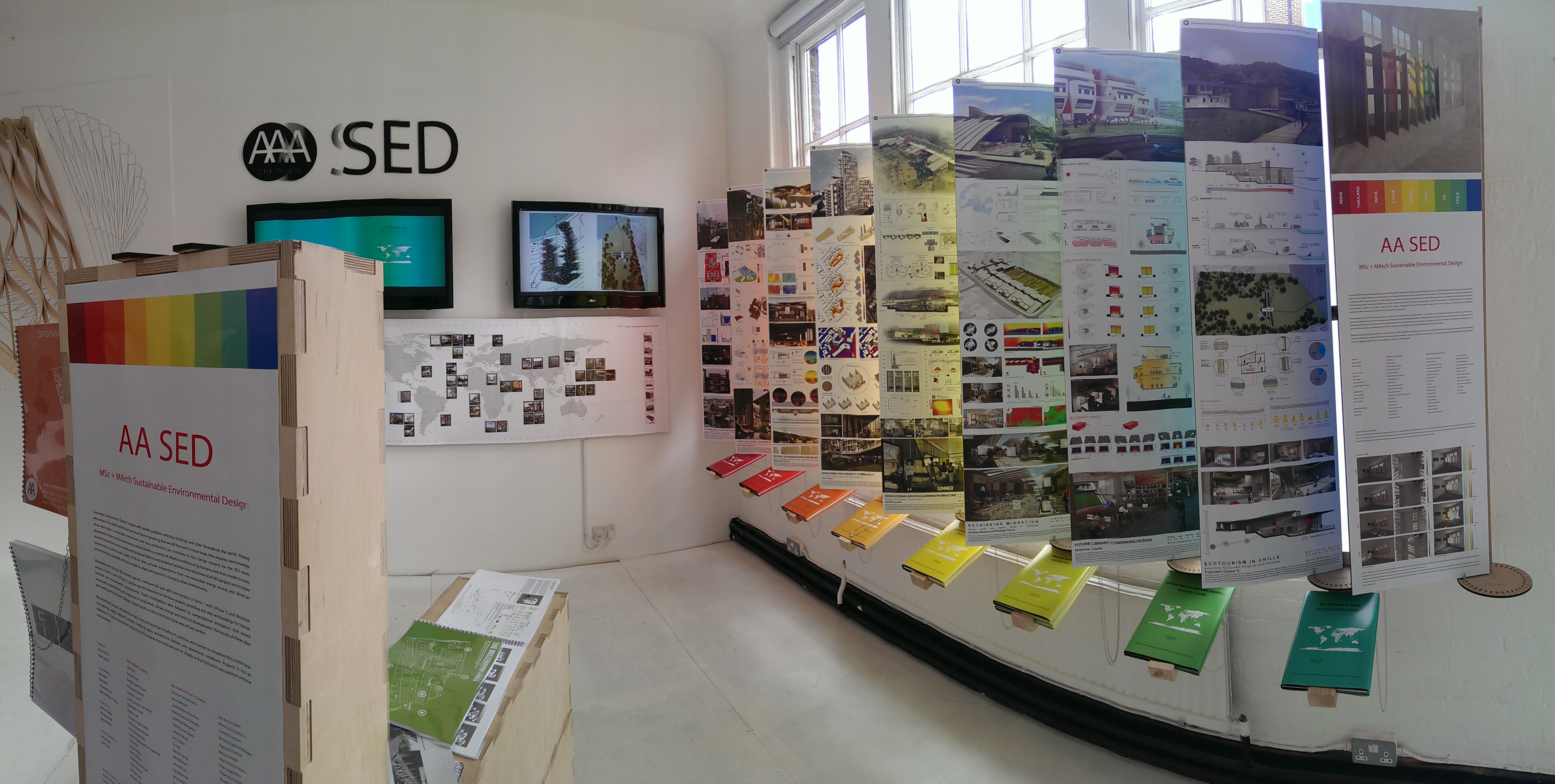 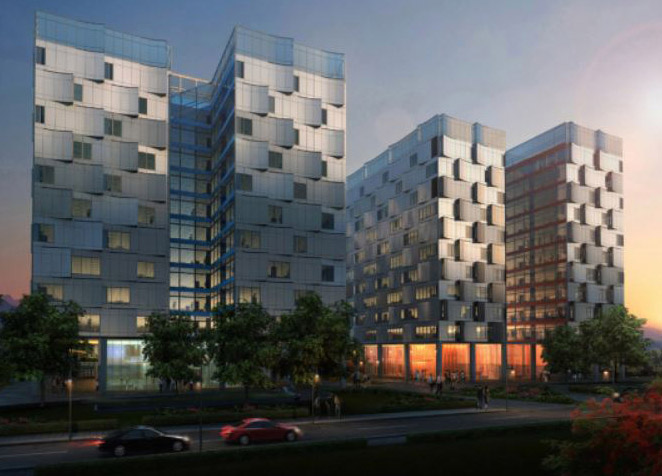 India’s Slum population is expected to surge to 104 million (9% of the national population) by 2017. As the nation’s disparity between the rich and poor deepens, the number of people living below poverty line (<1$ per day) has doubled over the last decade. Chennai city’s Nochikuppam slum is home to 5,000 fishermen families living in less than 1,500 shanties making it the third largest slum dwelling amongst the Indian metropolises. The rise of city’s squatters over the past decade indicated the struggle to cope with rapid urbanisation and the lack of political will, resulting in the failure of the government to regularise and successfully build resettlement tenements. The government’s only indirect response to such slums has been the construction of large-scale resettlement colonies on the outskirts of the city rather than recognising improving residents’ access to services.

Shanty-Scraper aspires to provide a unique solution for the fishermen of Nochikuppam located at Marina bay beach. The vertical squatter structure predominately is comprised of post-construction debris such as pipes and reinforcement bars that crucially articulate the structural stability. Recycled corrugated metal sheets, regionally sourced timber & thatch mould the enclosure of each dwelling profile and lend to their vernacular language. The double height semi enclosures serve as utility yards & social gathering spaces. The vertical transportation is fragmented into multiple plank lifts that are constructed from a simple mechanically driven lever & pulley contraption. The rhythmic timber lattice membrane structure at the ground level, houses the public sea food market, & forms the first level of defence against future tsunamis. The high rise typology serves as a vantage point for the fishermen to gauge high risk waters & during emergencies.

An exhibition of twelve MSc and MArch dissertation projects by SED graduates from India was presented at the PLEA 2014 Conference “Sustainable Habitat for Developing Societies” held at CEPT University, Ahmedabad 16-18 December 2014. 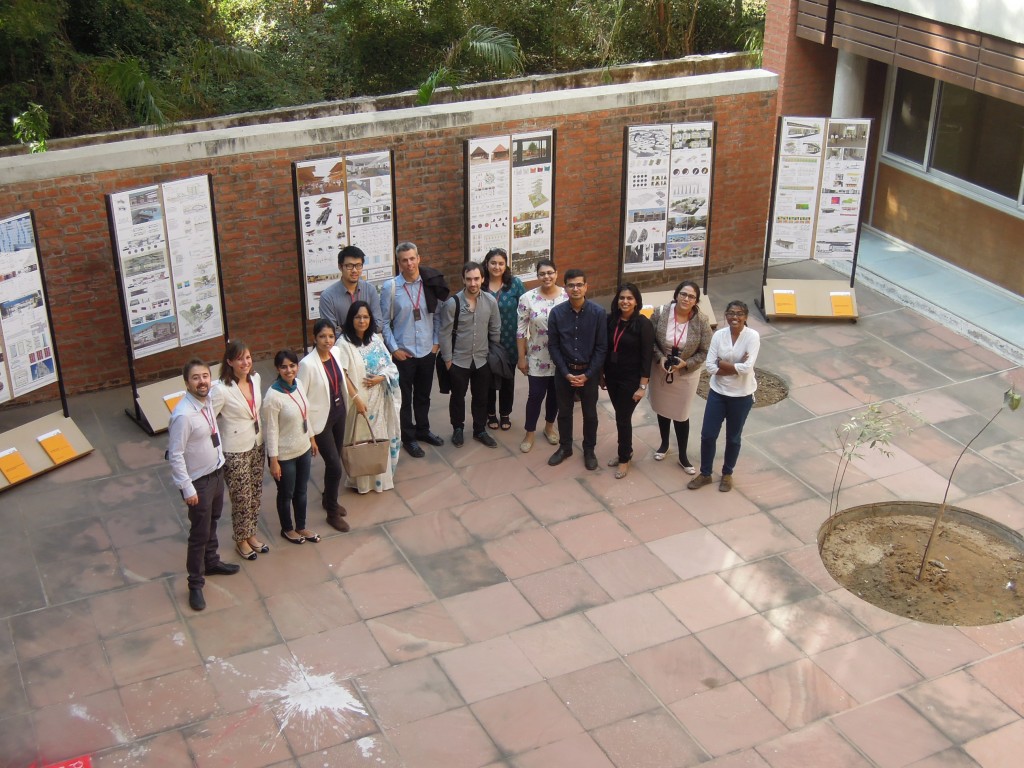