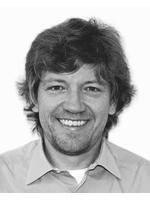 Klaus Bode co-founded BDSP Partnership, a London-based environmental engineering firm with offices in London, Lisbon and Belgrade and projects in many countries. He was project engineer on Foster+Partners’ Commerzbank and on Rogers/Piano’s Potsdamer Platz developments in Berlin. He has collaborated with the Rogers Partnership on the Welsh Assembly building in Cardiff, with the sculptor Antony Gormley on the engineering of the Blind Light exhibition and worked with Hopkins Architects on the Velodrome for the London Olympics 2012. He is on the Advisory Board of the Urban Age Group of the LSE Cities Programme.